I was in Hillerød last night for Buddha's last concert of the current season and what a night it was. Niclas Knudsen had assembled a quartet including himself, to perform his Guitar Inferno album that he apparently recorded pretty much by himself "with lots of guitars".

Aside from Niclas who performed with a multitude of guitars (acoustic, electric - sometimes with a talk box but mostly without, and an unusual Hawaiian guitar that I can't remember what he called), he was supported by Mikkel Hess (drums), Fredrik Damsgaard (bass) and Jacob Christoffersen (keyboards).

They played two sets and at times I was taken back to the 70s and 80s with some great jazz/rock riffs and even a bit of Stones in one of the numbers (Gimme Shelter/Free Fall, well at least the opening riff) as well as some nice Spanish-like moments that wouldn't be amiss in a spaghetti western. I haven't seen performances using talkbox for many years (perhaps I should get out more?) and it took me back to when I was a thirteen year-old (1976!) hearing Frampton Comes Alive for the first time - great stuff!

The musical journey also took in India and lots around Denmark. All accomplished musicians with a great spirit between them, the packed Buddha's crowd revelled in their performance which neatly rounded off the Spring concerts in Hillerød. I enjoyed the concert so much I bought 3 copies of the Guitar Inferno CD, one each for my brother and sister in England, and one for me :-)

More to look forward to in Hillerød after the summer...and after the Copenhagen Jazz Festival!.

A selection of shots from the concert are archived here. 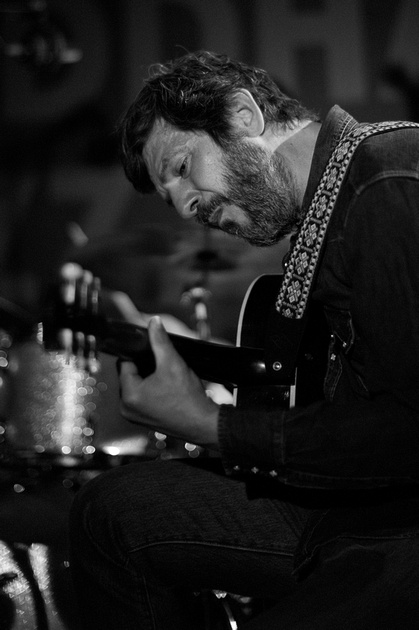 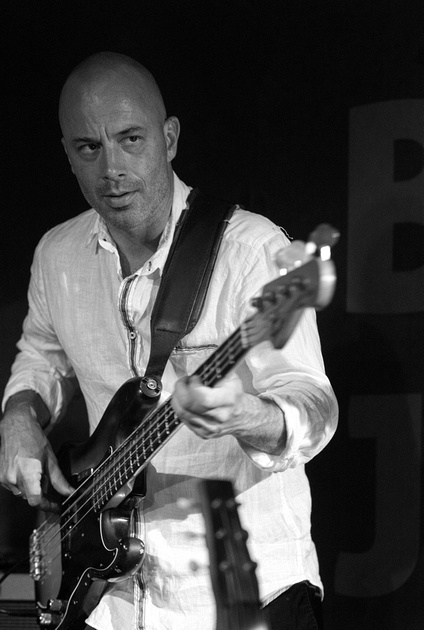 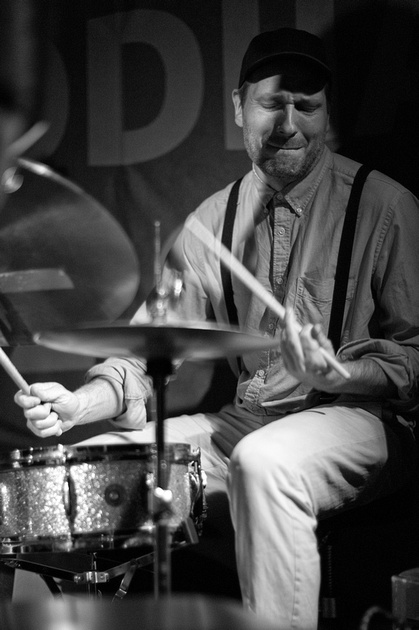 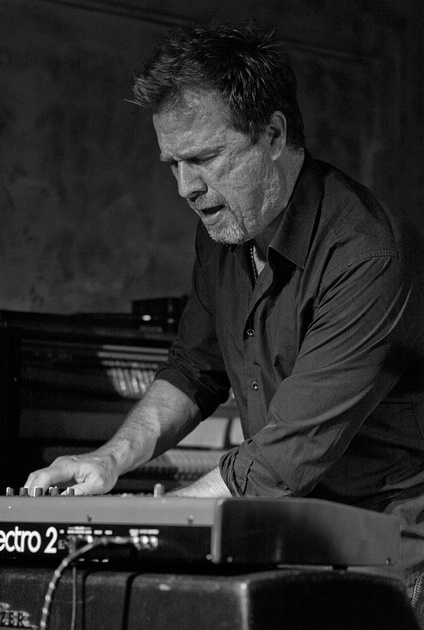 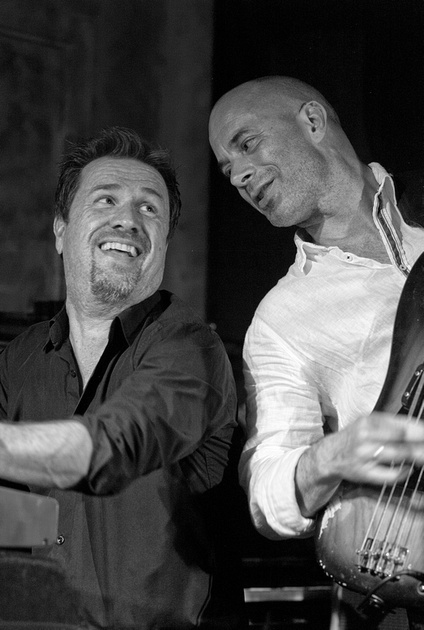